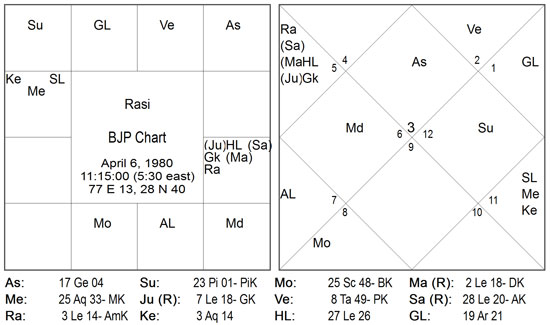 Intellectual Gemini is in the ascendant With the Arudha Lagna (AL) in the fifth house in Libra (Business) showing that businessman, industrialists and traders will strongly favor this party. The Janma Rasi is Scorpio and, the leaders of the BJP are advised against forming a Govt. when the Moon is in Scorpio (like the last time). The Parivartan yoga (exchange) between Jupiter and the Sun (planets that signify Dharma) shows that the BJP shall establish a moral code in India – this is its primary objective. The Sun in the tenth house guarantees success and being in the sixth house from AL, it destroys enemies. The Sun (Surya) in Pisces (Vishnu) symbolizes Bhagawan Sri Ram and so long as the BJP had the whole name of Bhagawan Sri Ram as the agenda, their rise occurred. The Moon in debility in the second from AL shows that the BJP shall always be troubled by premature end to its governance i.e. the question of stability crops up. This can be prevented only by Jupiter (signifies Vedas /Vedic Mantra/God ). Thus, if the leaders /supporters of the BJP were to worship Sri Ram with the Vishnu Gayatri, then, there is no doubt that the party will always be in power and realize its objective.

The Parivartan yoga aforementioned, shall function during the dasa of the Sun in 2012 AD when the entire political system of India will undergo a radical change. The new order will see a very powerful and rich India.

The BJP entered its golden phase of the dasa of the most favorable fifth lord Venus in August 1992. Venus is also the lord of Arudha Lagna (power /Status) and is exalted in Navamsa in the Lagna promising a high status and rapid rise for the party. However, Mars is the sixth lord (enemy) and also the maraka (killer) 2nd lord from AL. Thus the present period of Venus – Mars between August 1998, to October 1999, is very difficult. Fortunately for the BJP the Pratyantar dasa during the forthcoming elections will be of the Moon (2nd Lord in 6th house – success in battles) and the party will again become the largest force/group in the Lok Shabha. It will need the support of its coalition partners to from a government.

The future (immediate) is the antardasa of Rahu in Venus dasa between October 1999 to October 2002. Rahu is co-lord of 9th house and conjoins a host of planets. It is involved in GRAHA YUDDHA (planetary war with Mars) (6th Lord – enemy) by being within one degree of each other. Rahu with a higher degree is the victor. Thus, during Oct’ 99 to Oct’ 2002 the enemy will be completely vanquished. The conjunction of Jupiter and Saturn shows that both the enemy and native are killed. Thus, there is danger to one of the leaders of BJP and security arrangements should be augmented. The combination of Rahu & Mars is called Vijaya yoga and the warriors of BJP shall worship MATA BHAVANI (CHAMUNDI) with the Mantra OM AIM HRIM KLIM CHAMUNDAYAI VICHCHAI  and prove to be true patriots. 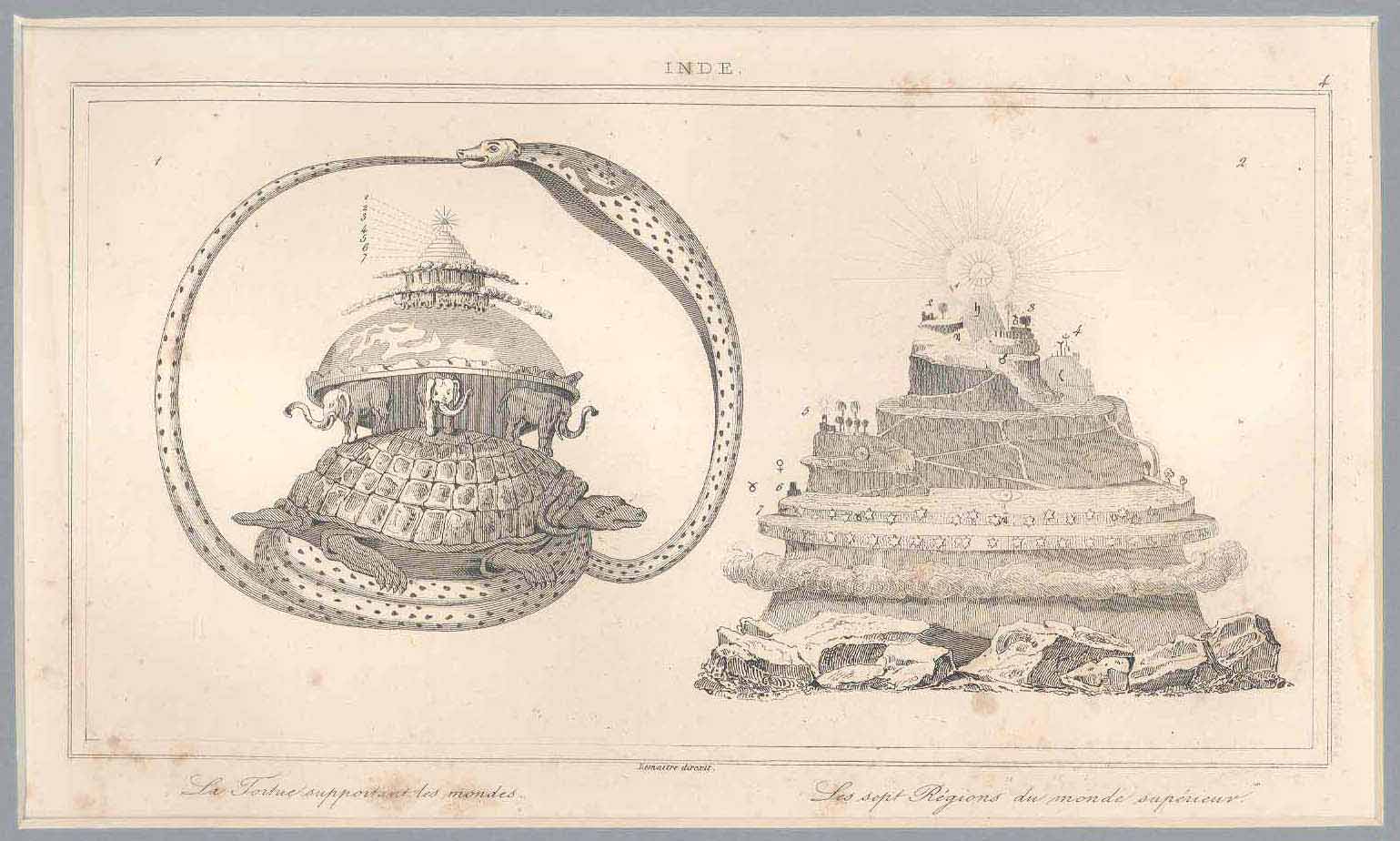