Muhurta is essentially (1) a measure of time equal to 48 minutes and also (2) refers to the application of Vedic astrology wisdom in determining the auspicious time for starting an event. Since we know that the future of an enterprise can be safely predicted using its birth time, then it would be a wise decision to choose an auspicious time for its inception.

Some astrologers have stretched this to the absurd extent of giving a suitable time for a Caesarian child birth!! This cannot work as man can never become God nor should he try to arrogate to himself the role of God. Nevertheless, this is a very important aspect of Jyotish and the rules are much the same as the standard rules for Jyotish. The knowledge of the constellations and the Vedic time system is used extensively. This includes knowledge of Kala, Yama, Yamardha, Hora, Muhurta etc. Some articles where this knowledge has helped us to make very accurate predictions are included in this website.

Once Indra the King of the Gods approached Brihaspati, his preceptor and Guru to determine the auspicious time for starting the plantation of a forest. Brihaspati consulted the Hora’s and advised Indra. Accordingly the forest plantation was started and the plants soon grew into a thick forest. Unfortunately, during summer there was a fire and the entire forest which had dried wood was burnt down. Indra was disgusted and asked Brihaspati the reason for this failure. Brihaspati replied that anybody can make a mistake and that Brahma alone knew everything. Sukracharya arrived to chide Indra about his failure and stated that the reason for the same was the inauspicious Muhurtha. Thereafter he explained the principles for selection of Muhurtha.
The basic difference between Hora (Hour – 60 minutes) and Muhurtha (24 Minutes) is that the former is used in personal charts whereas the latter is used for determining auspicious time for specific activities. In the above episode, the time was favorable for Indra to take up the work as this will not damage him personally, but since the Muhurtha itself was inauspicious for planting trees, the same failed.
In conclusion, the traditional wisdom of the two great sages are as follows: –

Lesson: Follow Brihaspati in all good karma for normal people like marriages and other samskaras while the way of Sukracharya is best for Raja Jyotish (Political Astrology) and Vanijya (Business/Money minting enterprises)

What is Muhurta?
The word Muhurta has a few meanings and references –

1. Muhurta is a time measure of 48 minutes reckoned from sunrise as a part of definition of linear time concepts (based on the speed of light as in the Rig Veda 1.50). The smallest time unit called nimesha [Srimad Bhagavatam (III, 11-3 to 10); Mahabharata; ] is the smallest humanly conceivable time frame and is defined as the ‘wink of an eye’. Bear in mind that this is the fixed measure and a linear concept.
15 nimeshas make 1 kashta, [Manu says 18 nimesa instead (Manu Smriti 1.64)…perhaps Manu winked faster than the other sages!] 15 kashta make one laghu
15 laghu make one ghatika (also called danda)
2 ghatika (30 laghu) make 1 muhurta and
30 muhurta make 1 diva-ratri or day (of 24 hours)

2. Muhurta for astrological purposes of defining the quality of time is not exactly 48 minutes everyday and can vary based on sunrise, sunset and local noon. This is a non-linear concept being cyclical and is also not fixed. There are 30 muhurtas in a nakshatra ahoratra (sidereal day and night reckoned from one sunrise to the next sunrise). The period from sunrise to local noon is divided into 7½ Muhurta as is the period between local noon and sunset. In a similar manner the period from sunset to midnight and midnight to the next sunrise is divided into 7½ Muhurta each (7½ Muhurta x 4 = 30 muhurta). These four points of time – sunrise, local noon, sunset and midnight are the four gayatri pada.Each of the four time spand between these points measuring 7½ Muhurta is called a Prahara. So, the four (4) Prahara make a day.

The eighth muhurta spanning the last ½ Muhurta of the morning and first ½ Muhurta of the afternoon is called Abhijit Muhurta and is very auspisious as it maps into the Abhijit nakshatra which is ruled by Hari (Narayana; hence Hari vamsa or Hari-kulesa {Hercules?) belonging to the lineage of Hari). The seven nakshatra before Abhijit map into the seven muhurta before Abhijit muhurta and constitute the first Prahara or morning. These are (1) Svati, (2) Visakha, (3) Anuradha, (4) Jyestha, (5) Magha, (6) Purva Phalguni, (7) Uttara Phalguni. The twenty (20) nakshatra after Abhijit map into the twenty (20) muhurtas following Abhijit muhurta. In this manner the the twenty eight nakshatra map into the 28 muhurtas starting from sunrise and the remaining two muhurta before sunrise are attributed to the Creator. These two muhurta taken together (96 minutes before sunrise) are loosely called as Brahma Muhurta. However, they are different in their energy and are better understood as Brahma and Surya (or Savitur to be mosre precise) being both Creators yet different. Brahma is the deity of Saturn and is associated with rebirth of the soul and this 29th muhurta is excellent for meditation on the resons for our creation, the purpose of this birth and realisation of the self and God whereas the 30th Muhurta is best for praying to the creator Savitur for impelling our intelligence in the right direction, burning the sins that led to rebirth and recovering from the curses and dridha karma of past births.

Daksa Prajapati had his daughters marry illustrious persona of the vedic period.
(1) Two daughters married sage Angira (concept of truth and untruth) and Brihaspati was an offspring of this marriage.
(2) two daughters married the sage Krishashva (Supragya and Jaya),
(3) ten daughters were married to Dharma (concepts of navagraha & lagna, the ten variables that define the individual creation based on dharma named Arundhati, Vasu, Yami, Lamba, Bhanumati, Marutvati, Sankalpa, Muhurta, Saadhya and Vishva),
(4) fourteen to sage Kashyap (concept of the fourteen worlds – seven of the devas and seven of the asuras populated largely by the children of these fourteen wives named Aditi, Diti, Danu, Kala, Anayu, Sinhika, Muni, Kadru, Saadhya, Ira, Krodha, Vinta, Surabhi and Khaga) and
(5) twenty-eight daughters to Chandra, the Moon God (concept of 28 nakshatra or constellations as the mental consciousness states and concept/experience of time).

1. Sun: Bhanu gave birth to twelve Bhanus [the twelve Suns in the signs and not the sun signs which are Aditya as the sons of Aditi]. These are Dhata, Mitra, Aryama, Pusa, Sakra (Indra), Amsa, Varuna, Bhaga, Tvasta, Vivasvan, Savita and Visnu. (Nilamata Purana also).

2. Moon: Saadhya (accomplishment) gave birth to Saadhyaganas or Sadhva (personification of accomplishment resources). Personified as the rites and prayers that lead to accomplishment of the spiritual path, these twelve (from 12 Moon signs) listed in the Vayu Purana are Darsha, Paurnamasa, Vrihadashwa, Rathantara etc. The seventeen goals (from 16 Moon rays or Kala + Supreme consciousness = 17) that result from these twelve paths are listed in the Matsya and Padma Purana as Bhava, Prabhava, Isha etc.

3. Mars: Vasu to Vasuganas or eight Vasudevas who were personifications of Agni/energy and were full of light and splendor. Apa, Dhruva, Soma (aka. Bhoja), Dhava (fire), Anila (wind), Anala (fire), Pratyusha (day-break or transformation from light to darkness and vice-versa), and Prabhasa (light). [Agni tatva ruled by Mars]

4. Mercury: Arundhati gave birth to the the divisions of the earth and populated it. [Prithvi tatva ruled by Mercury]. This Arundhati is different from the daughter of Kashyapa of a similar name who was the wife of sage Vasistha. However the similarity in the name does show synergy.

5. Jupiter: Muhurta gave birth to Muhurtaganas or the thirty personified deities of the Muhurta

6. Venus: Vishva gave birth to the Vishvedevas or the world creators. The Vishwadeva are either ten or twelve depending on the creation level or type as Jadatma (non-living) or Jivatma (living). For jadatma creation (non-living world), dasamsa (D10) is the sphere of action and the ten vishwadeva guiding the path to the ten digpala (direction deities) are listed in the Vayu Purana. For jivatma creation (living beings), dwadasamsa (D12) is the sphere of action and the twelve vishwadeva guiding the path to the four deities of the dvadasamsa (as the four mouths of Brahma) are listed in the Matsya Purana. [Jala tatva ruled by Venus is the root for sapta rasa that is used for creation. The sapta rasa or seven liquids as flavours/taste/fluid energy are (1) salty water, (2) milk, (3) butter (ghee), (4) curd, (5) wine, (6) sweetness of sugarcane-juice and (7) tasty water (Nilamata Purana).

8. Rahu: Lamba gave birth to Ghosha the arc of the heavens (celestial sphere and other arc concepts)

9. Ketu: Yami the daughter of the night, gave birth to Naagvithi (the milky way defining one border of the zodiac)

10. Lagna: Sankalpaa gave birth to Sankalpa, the pious or auspicious and praiseworthy one and the ‘identity/self of all’ [implying that one Lagna (sankalpa) follows another (sankalpa); the word Kalpa means head or lagna that defines the being created]

Rig Veda and Muhurta: The Kshtra tejas of Bhisma (kshtriya) and the brahma tejas of Krishna Dvaipayana came together in the begining of the Kali Yuga to form a tam to record the Vedas. Krishna Dvipayana was named the Veda Vyasa for the yuga and the Rigvedic hymns were collected by Paila under the guidance of Vy?sa, who formed the Rigveda Samhita as we know it today. According to the ?atapatha Br?hmana, the number of syllables in the Rigveda is 432,000, equaling the number of muhurtas (1 day = 30 muhurtas) in forty savana years. 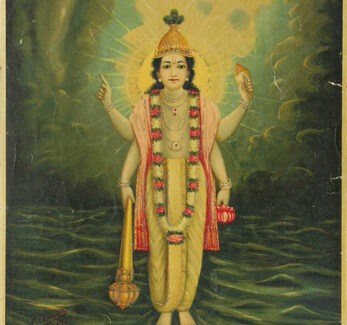 Nārāyaṇa Kavacha Part-1
In the Bhagavat Gita, Kṛṣṇa reveals His universal form (Viśvarūpa) to Arjuna which was so formidable for the great hero...
Y.S.Rajasekhara Reddy
Don't count the years you want to live. Ask yourself how much you have done for society at large with... 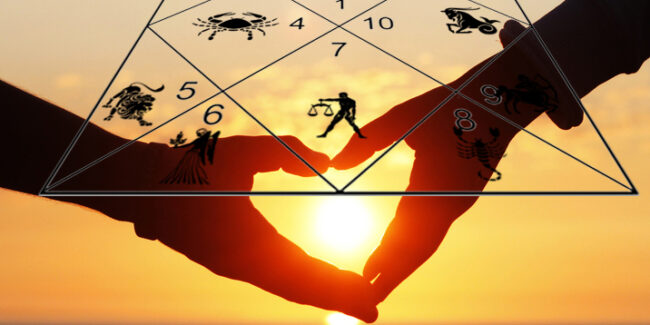