Topics
28 May AM: Vimshamsha D20 chart, the calculations and philosophy + Vimshamsha shakti
28 May PM: Bhavas in D20 chart with Concepts of Devata: Kula, Gotra, Stana, Dharma, Ishta
29 May AM: Lagna (Rashi) in D20 chart, Karaka Lagna, Bhratri Karaka
29 May PM: Holy Charts of –
(1

Bhagavat Gītā: A few years ago when we were asked about the standard books for studying Jyotisa, the Bhagavat Gītā, Bṛhat Parāśara horā śāstra and Maharṣi Jaimini’s upadeśa sutra were recommended as the foundation. 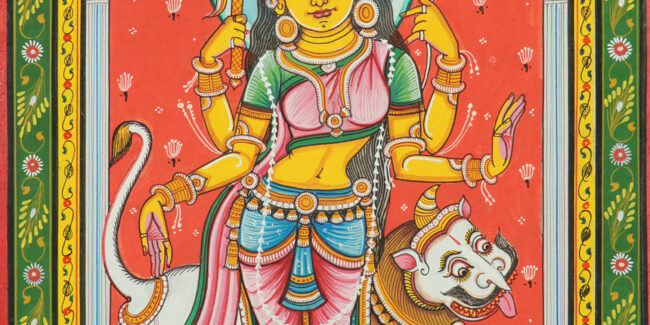 Age of Śaktī
Moon represents Ambikā who manifests as Durgā and all the śaktī of the various devatā. She is the bindu which...
Prayers
[youtube http://www.youtube.com/watch?v=BNcSVH0fqiM?list=PLD1BBE5BA43CF75DF]
Eight Sign Zodiac
This is an introduction to the eight-sign zodiac called Kālachakra. 1      Introduction Aṣṭadala Padma (Eight petal lotus) is the foundation...