In jyotiṣa there is a saying that when Jupiter protects there is none that can destroy. Jupiter brings in the great mantra powers into the fifth bhāva and dharma into the ninth bhāva. He is the ‘jīva graha’ responsible for bringing life into the various bodies.

Moon represents Ambikā who manifests as Durgā and all the śaktī of the various devatā. She is the bindu which gives life to every akṣara. If the akṣara represent the deva having the power to enlighten, their very existence and identity depends on the soma-rasa (milk of kindness) they receive from the Moon-mother. The bindu, by nature is simply red, like the blood. And like the blood of the mother, it creates every creature and gods as well.

Yama & Hara
Yamādhipati (Yamapati) Yama lordship is based on the weekday order of the planets reckoned from Sun to Rāhu. The first...
Tirupati Vyaṇkaṭeśvara
Tirumala Venkateswara Temple, is a famous Hindu temple located in the hill town Tirumala, near Tirupati in the Chittoor district...
Kalaignar: Dr Karunanidhi
[caption id="attachment_308" align="alignleft" width="143" caption="Dr.Karunanidhi"][/caption] Sri Karunanidhi, better known as Dr.Kalaignar was born on Tuesday, the 3rd June 1924, in... 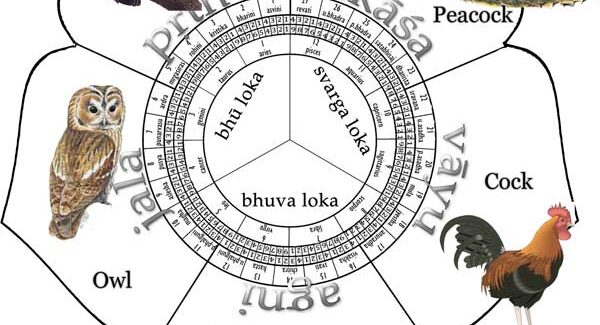