It is foolish to fight the devas without the help of Mahadeva and Kṛṣṇa. As such the devas are kind and are givers of everything, so there seems to be little reason for conflict. The devaṛṣi like Atri and Nārada can easily defeat the devas as they are their progenitors/paters. Any papa can spank the kid – that’s the rule. But when a child like Indra fights back, defeats and dethrones father Dyaus. We get a new order in the sky. But that is a rare anomaly.

Devas destroy the daitya in a straight fight. If the tormenting graha is Mars, the 3rd or 6th house, enemies and weaknesses (ṣaḍripu), then the remedy would be to pray to the devas to overcome the daitya.

The daitya can defeat the nāga by deceit. When one is under the celestial magic of the powerful eyes of a nāga kanyā, then the native becomes helpless against her charms. Daitya are great fighters and can use weapons of every kind. They will do anything to win – that is their single goal, and hook or by crook, they must have their win. Seek a great daitya like bhakta Prahalada to save you from the magical eyes of the nāga.

Nāga have strong poisons that are the weakness of the gandharva and hence defeat the latter. Gandharva bring financial torments and many monetary problems that causes entrapment in vicious agreements with strange unfathomable clauses. Gandharva are the workers employed by Kubera, the celestial money lender. He needs men to pull his carts and do his labours. Pray to the nāga to free yourself from the financial problems of the gandharva. 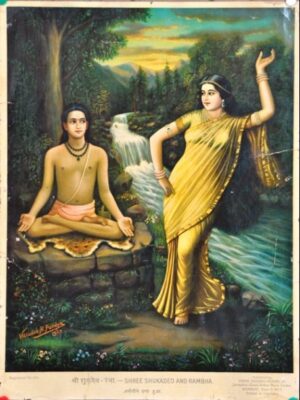 The celestial music and divine nymphs of the gandharva can destroy the tapasyā of the ṛṣi. Whenever Indra is afraid of the rising powers of a ṛṣi, he sends a divine apsarā (female companions of the gandharva musicians) and then the ṛṣi is doomed. There are 36 laukika (worldly, bhū-loka) apsarā and 10 daiva apsarā. See how Urvashi bewitched King Pururava and he left throne, wife, child. You can consider powerful asexual mantra (नमः namaḥ) to try to become like the great son of Vyāsa – Sukadeva, who did the impossible and overcame the charms of Rambhā. It’s good to try and human to fail.

These apsarā can ask any handsome man to mate, but if refused, they can be vicious. See how Urvashi cursed Arjuna to becomes a transgender (eunuch) when he refused sex as he saw her like a mother (hilarious!) since she was a mate of his forefather King Pururava. Mighty Visvamitra, the hearer of the Savitur gāyatrī was victim to the charms of Menaka and even got a love child Shakuntala. Tillotama can cause the brain to tilt – see how the mighty rākṣasa brothers Sund and Upsund fought each other to get her and ended up dead. We really don’t have a remedy for apsarā. Most transgenders owe their physical state to an apsarā (Me) and gāyatrī is the remedy.

Without the aid of the ṛṣi one cannot fight the rākṣasa. Even Śrī Rama got help of Maharṣi Agastya to overcome the mightiest rākṣasa Rāvaṇa.

Rākṣasa torment the piśāca which enrages Gaṇeśa. Now, piśāca are a part of the marendra army of his brother Kartikeya. Gaṇeśa keeps Kartikeya updated of all incursions of the rākṣasa on the piśāca clans and then Kartikeya, of very short temper, takes them to task.

Piśāca are blood-suckers like vampires – think of them as mosquitoes and you will not fear them. Yet they can cause terrible diseases of the brain in men. They cause irritations, which is the least of the worries. Obsessions, thirst for blood (killing spree) and many such problems are caused on human beings. Gaṇeśa can tame them quite easily and that should be a constant remedy for men who want to reside in bhū-loka in peace.

It is always a good idea to worship the mātṛkā to overcome any blemish that may come from any conflict. The akṣara varga are used to hold the pañca-bhūta to create the beings. For example, Ṛṣi are created with त-थ-द-ध-न (ta-tha-da-dha-na) where त-ta-vāyu, थ-tha-agni, द-da-pṛthvi, ध-dha-jala and न-na-ākāśa are the pañca-bhūta. Think of the spirit of the beings as being made of these sounds.
We have a given a good start to any vedic thinking about conflict resolution using the spirit energy.

2 thoughts on “Spirit Beings and the akṣara” 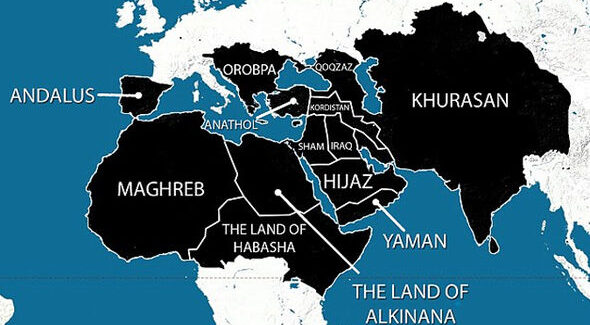 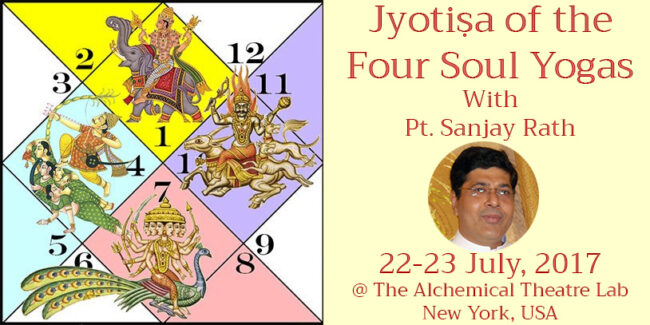