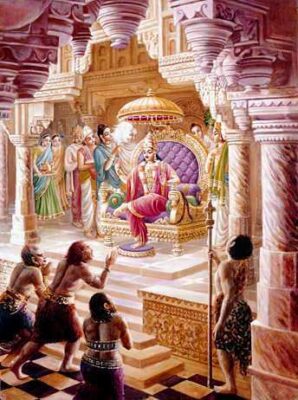 Yama lordship is based on the weekday order of the planets reckoned from Sun to Rāhu. The first Yama is lorded by the lord of the weekday and subsequent lords are in weekday order. Technically Yama is a period of time and Yamādhipati or Yamapati would refer to the planetary lord of this period. However, in Jyotiṣa usage, the planet is called ‘Yama graha’.

Example: In standard nativity, birth is in night 2nd Yama of Wednesday. Look at above table, row- Wednesday, column – Night 2; Sun is the lord of Yama. The Yamādhipati, Yamapati or ‘Yama graha’ is Sun.

The prahara are lorded by planets on the basis of the Kālachakra. The first prahara is always ruled by the lord of the weekday and subsequent prahara follow the Kālachakra wheel clockwise. Technically the planet ruling the prahara is praharapati (lit. lord of prahara) but is called ‘Hara’. It has the power to prevent the action of the ’Yama graha’ when invoked in the one of the eight forms of Śiva.

Example: In standard nativity birth is in 6th prahara of Wednesday. In the above table 6th prahara (column 6) of Wednesday is ruled by the Sun. Therefore, the Sun is the ‘Hara’ of the chart. Prahara is derived from pra meaning ‘before or that which causes something to ensue or come forward’ and hara refers to lord Śiva as the remover of all evils / darkness. Therefore, Prahara would literally mean that which can activate or invoke lord Śiva as ‘Hara’. There are other means associated with the 7th house for ‘Hara’. 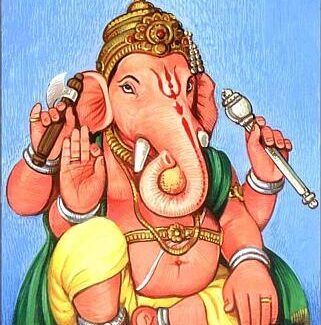