Shankaracharya’s Prayer[ref]Provided in the Bhagavad Gītā with the commentary of Adi Śaṅkara.[/ref]

ॐ नारायणः परोऽव्यक्तादण्डमव्यक्तसंभवम्।
अण्डस्यान्तस्तित्वमे लोकाः सप्तदीपा च मेदिनी॥
om nārāyaṇaḥ paro’vyaktādaṇḍamavyaktasambhavam|
aṇḍasyāntastitvame lāokaḥ saptdvīpā ca madinī||
Om[ref]OM is the cosmic syllable representing God[/ref]: Nārāyaṇa[ref]Nārāyaṇa is composed of two words ‘ nara’ meaning ‘ any body ‘ and ‘ āyana ‘ meaning ‘ goal ‘. Thus the composite word Nārāyaṇa means the ultimate goal of every body both living and non-living or mobile and immobile. In a more subtle sense it refers to the individual soul (microcosm) endeavoring to attain union (yoga) with the universal soul (macrocosm). Thus, Nārāyaṇa also means this universal soul or supreme personality of God.[/ref] is beyond (much above) the unmanifest[ref]The unmanifest is referred to as ‘maya’ or illusion, and in the Bhagavad Gita is called the Akṣara’ (syllable), immutable Brahma. Thus, if Nārāyaṇa is said to be even above this sound syllable which is the source of all creation, then Nārāyaṇa is also Parambrahman or Sadāśiva[/ref]. The brahmāṇḍa[ref]Brahmāṇḍa: Brahma, the dimurge God evolved from the navel of Nārāyaṇa and ‘ Anda’ literally means the ‘egg. Thus Brahmanda refers to the hiraṇyagarbha (golden embryo – principle of cosmic evolution), whereby the universe was created. In fact ‘ All these worlds ‘ used in the prayer refers to the universe (‘ Virat ‘) composed of five elements (or rather fire states of matter/energy). These are the earth elements (solid), water element (liquids), air element (gases). Fire element (energy) and space element (ether).[/ref]  (cosmic egg) evolves from the unmanifest. The brahmāṇḍa contains all the worlds including this earth with its seven islands[ref]Śaṅkara is referring to the Geo-centric view (used in Vedic Astrology) of the earth with the earth at the foci and the revolutions of the seven bodies (Moon, Mercury, Venus, Sun, Mars, Jupiter and Saturn) causing seven Islands of concentric ellipses around it. This order of the planets from Moon to Saturn, when reckoned in the reverse, is the order of the horā’s of the day (i.e. Saturn, Jupiter, Mars, Sun, Venus, Mercury, Moon). This also forms the basis for the reckoning of the weekday order as the 25th Hora gives the ruling planet of next day.[/ref].
This prayer of Ādi Saṅkara has been taken from a smriti and gives the ultimate objective of every birth in this world at least. Thus, Śrī Rāmānujācarya has given the best mantra that will guide us to this penultimate goal[ref](Viṣṇu Aṣṭākṣarī), the eight letter mantra: om namo nārāyaṇāya[/ref] as “om namo nārāyaṇaya”.

The zodiac, called the bha-chakra symbolises the body of Nārāyaṇa in it physical aspect, as viewed from the earth at the centre. The bhā chakra is divided into twelve signs starting from Aries and is called the 12-petal lotus of Brahma. Since the microcosm (nara) is the same as the macrocosm (Nārāyaṇa), the bhā-chakra also represents the individual (animate/inanimate object). Thus everything that we perceive at least, is represented by the zodiac. This twelve petal lotus grows from the navel of Nārāyaṇa, and these points at 0° Aries, 0° Leo and 00 Sagittarius represent the Navel (also called Viṣṇu nābhi & Brahma nābhi at two different levels of time quantification) and symbolize the end/beginning. Thus, these points are called gaṇḍānta and the two nakṣatra pada adjoining each navel are called gaṇḍānta pada. These are (a) 0°0′ to 3°20’ Aries and 26°40′ to 30°0′ Pisces around the point 0°  Aries; (b) 0°0′ to 3°20’  Leo and 26°40′ to 30°00′ Cancer around the point 00   Leo &  (c) 0°0′ to 3°20’ Sagittarius and 26°40′ to 30°0′ Scorpio around the point 0°Sagittarius. With this emerged the concept of perfect harmony or trines (and the angle of 120°). Thus, the zodiac was divided into three types of signs as  movable, fixed and dual.

The whole body of Nārāyaṇa is divided into four parts called Brahma, Viṣṇu, Śiva and Vāsudeva. These parts cannot really be differentiated from the whole and are complete in themselves like dividing infinity by four, we still get infinity as the result. Thus, Nārāyaṇa with Śrī Śaktī is called Viṣṇu and is of pure sattva guṇa; Nārāyaṇa with Bhū Śaktī is called Brahma and is of rajas guṇa; while Nārāyaṇa with Kāli Śaktī was called Śiva and is of Tamas guṇa. These three parts are full of nectar and are imperceptible. The fourth part of Nārāyaṇa is called Vāsudeva. This part is both perceptible (with three Śaktī i.e. Śrī-Śaktī, Bhū-Śaktī & Kāli (Nīla)-Śaktī and three guṇa’s intermingling) and imperceptible (with two Śaktī: Śrī-Śaktī & Bhū-Śaktī). As Vāsudeva, Nārāyaṇa sustains or maintains the Brahmāṇḍa. Thus, the zodiac when used for all material purposes would represent Vāsudeva[ref]Hence, Vasudeva (or Krishna) shows the path for the individual soul to merge into Nārāyaṇa. The mantra for this Mokṣa / Nirvana / Emancipation has been provided in the Madhusudana Stotra. It is called Śrī Vishnu dvādasākṣarī – om namo bhagavate vāsudevāya [/ref] and the signs would represent the three guṇa. All signs have all the three guṇa and only one dominates. Thus movable signs have a predominance of rajas guṇa, fixed signs of tamas guṇa and dual signs of sattva guṇa. Because of the predominant guṇa, the primary deities of the movable, fixed and dual signs were Brahma, Śiva and Viṣṇu respectively. However, at a later date, to differentiate these deities from the pure parts of Nārāyaṇa, the latter were also called Mahā-Viṣṇu, Param-Brahma and Sadāśiva respectively.

In Vedic Astrology, the perceptible part of Śrī Vāsudeva and the three deities Viṣṇu, Brahma and Śiva becomes very relevant, by providing the perception for guidance of the individual soul. The daśā system for timing events / guiding individuals and using the three types of signs is called Nārāyaṇa daśā and its three types[ref]Refer: Chapter titled “Order of Nārāyaṇa Dasa”[/ref] of daśā are specifically meant for movable, fixed or dual sign in the ascendant for the three deities Brahma, Śiva or Viṣṇu respectively (See Fig). Hence, the Nārāyaṇa daśā gives the impact of the environment on the native while the Vimśottari daśā shows the native’s   reaction or experience in life. Without the Nārāyaṇa daśā, we really cannot say the direction in which the forces of nature are going to lead the native. The Vimśottari daśā, being an Udu daśā gives the state of mind / personal preparedness to deal with these directions.

Śaktī literally means strength or power and specifically indicates the strength to achieve purpose. The purpose of Viṣṇu is to preserve the individual and Śrī Śaktī is his power to do the same. The strength of the lord of the second house will represent the strength of Śrī Śaktī and from the second lord Viṣṇu (or Hari Yoga) is ascertained. Thus, the second house deals with food / eating which is necessary for survival or sustenance as well as resources, wealth for sustenance of everything. The lord of Lagna represents Bhū Śaktī and if strong with planets in quadrants, gives Brahma Yoga. Bhū Śaktī in one aspect is Sāvitrī whereby she provides the means for good health and long life and in the form of Sarasvatī she provides the power of knowledge, speech and intelligence. Similarly the lord of the seventh house represents Kāli Śaktī and Hara Yoga is formed that involves the seventh lord.  Hence the saying “Brahma gives longevity (Ayus), Viṣṇu gives wealth (Dhana) Śiva gives marriage etc (Kalyāṇa)”. The Vimśottari daśā is used to judge the state of mind / self of the native, as it is also necessary to determine the availability of the means to achieve the purpose. The variation in Śrī Śaktī or sattva guṇa is examined from Su-daśā (also simply called rāśi daśā by Parāśara) as it gives the level of prosperity while the variations in bhū Śaktī (Sāvitrī) is examined from Śūla daśā or any other Ayur daśā.

The rāśi (D1 chart), drekkāṇa (D3 chart), navāṁśa (D9 chart) and ṣaṣṭiāṁśa (D60 chart) are the most important divisional charts. Parāśara explains that the Drekkāṇa are ruled by Deva-ṛṣi Nārada, Maharṣi Agastya and Brahmarṣi Dūrvāsa for dual / fixed / movable drekkāṇa respectively. Similarly Movable, Fixed and Dual navāṁśa are presided over by Brahma, Śiva and Viṣṇu respectively. Now for example if a planet is placed in Pisces in both Rāśi and navāṁśa, it is stated to be vargottama (i.e. having acquired the best division of the sign) and connects the sattva guṇa of the sign to Śrī Viṣṇu the presiding deity of the navāṁśa. The daśā system when we examine guru yoga, mantra, dīkṣa, renunciation etc is called dṛg daśā.
Figure 2: Three-fold division

Hence, for a comprehensive examination of a chart the rāśi daśā’s, such as Nārāyaṇa daśā, su-daśā, śūla daśā and dṛg daśā and the nakṣatra daśā such as Vimśottari daśā should be examined. In this book, we are dealing with the Nārāyaṇa Daśā, and this preface aims to give the spiritual background behind its conception. In addition to explaining the procedure to calculate the Nārāyaṇa Daśā, its comprehensive usage has also been shown. 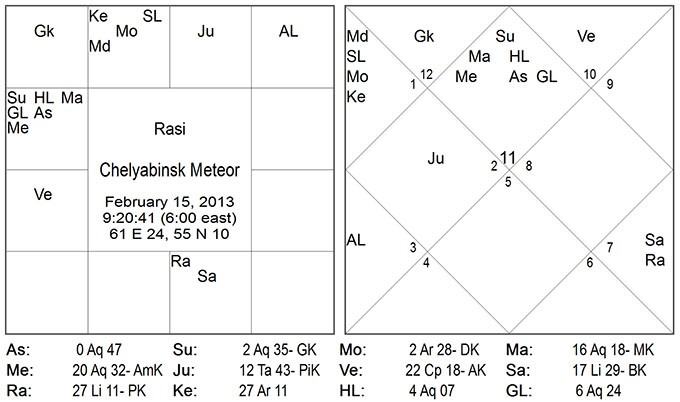 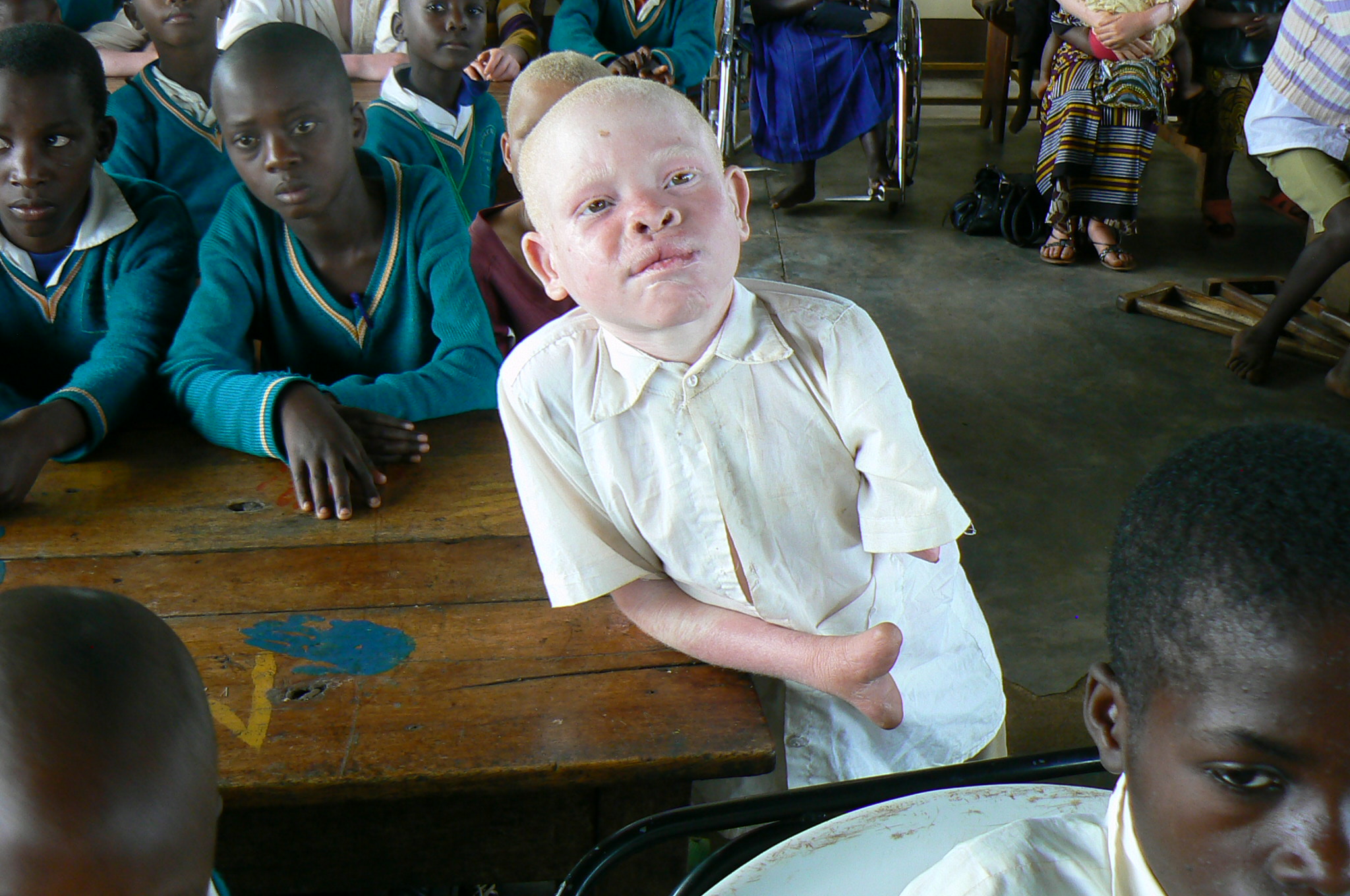