There were two revolutions in 1917 in Russia. The first set up a provisional government and the other was the overthrow of the same to establish communism for the first time in the world. The revolution headed by Lenin made a start at 2:00’ AM on 7 November 1917 and the proclamation was made at about 10 AM at Leningrad. Subsequently, the Foundation of the USSR was laid on 30 December 1922 at 8 PM in Moscow. As explained earlier, the political movements have various events and what the Jyotish should look for is ‘proclamations’ or ‘declarations’ of independence or a new regime. Thereafter the new regime/ authority will take some time to draft out the laws and other tools to govern the land. This subsequent date should be treated as the ‘start of the new law’. In India, these are the declaration of independence on 15 August 1947 and acceptance of the new constitution by the Republic on 26 January 1950. The former date is vital to determine the strength, weaknesses and life of the new order of governance.
Chart 44: USSR Proclamation, 7 November 1917; 10:00’ AM Leningrad, Russia. (30E15’, 59N55’) [Standard Time: 3 Hrs East of GMT; DST: 1 Hr]

In Chart 44 (USSR) the most interesting position is that of Saturn, as the lord of AL and GL in the ninth house of Dharma. The shows the image of the new regime (Arudha Lagna) coming to power after the Bolshevik revolution will be will be strongly associated with Labor (Saturn) and their source of power (Ghatika Lagna) shall also be the labor force (Saturn) symbolized by leaders like V.Lenin. What is more, since Saturn has gone to the ninth house, the laws of the land (Dharma) directing the day-to-day life of the people shall also be determined by a powerful Saturn in Cancer with the ninth lord Moon (public). This was the image, policy and practice under the erstwhile USSR.
In the initiation chart of any nation, the Atmakaraka should not be associated with the 1st, 3rd, 7th or 9th house as this can threaten premature end of the regime or political system due to Vipareeta Ayur Yoga[1]. Thus, middling longevity of 36-72 years is obtained. To make matters worse, the Sun as the natural significator of the mundane charts concerning politics is in the twelfth house and becomes the Marana Karaka[2] (death significator). Such a Sun shall destroy the health of leaders as it is also the tenth lord (political leader) of the chart. The presence of Saturn in the ninth makes the Sun all the more evil.
Leo Narayana Dasa (1982-91) proved to be disastrous for USSR as within a few days from its advent on 7 Nov 1982, Brezhnev died on 10 Nov 1982 (Leo-Libra-Sagittarius Dasa-Antara-Pratyantar: Leo is owned by the Sun, Libra is where it is placed and Sagittarius has debilitated Rahu in 2nd house from Lagna). Thus, the Marana Karaka position of the debilitated tenth Lord Sun proved its killing potential from the beginning. The food economy was in the doldrums after the fourth consecutive year of bad harvest. In addition, Leo is the seventh house from the Arudha Lagna in Aquarius leading to the destruction of the Arudha, as it is a naturally malefic sign.
Andropov succeeded Brezhnev in Nov 1982 and was unable to provide a strong leadership due to his failing health. On 1 Sep 1983, a Korean airliner was shot down over Sakhalin causing considerable embarrassment. The year 1983 proved to be the fifth consecutive year of bad harvest and the economic crisis set in. Thereafter 9 Feb 1984 (Leo-Scorpio-Leo) the ailing Andropov died. The Marana Karaka Sun struck again.

Thereafter, on 13 Feb 1984 Chernenko was elected as the General Secretary. In spite of several food promotion programs, 1984 became the sixth consecutive year of bad harvest and the economic crisis deepened. Gorbachev becomes the second in command during this period and on 10 Dec 1984 (Leo-Sagittarius-Leo) is the main speaker at conference on ideology in Moscow making the famous statement “openness (glasnost) is a compulsory condition of socialist democracy and a norm for public life.” Then in Leo-Capricorn-Leo on 10 Mar 1985 Chernenko died.
On 11 March 1985, Gorbachev is elected General Secretary of the Central Committee of the Communist Party of the Soviet Union. The Leo Narayana Dasa is for 9 years and this period is divided into three parts to examine the trend. Gorbachev introduced major reforms of the economic system that were fundamentally opposed to the ideology of the communist regime. Things like productivity linked pay or quality linked bonus under ‘Perestroika[3] (1986)’ was unthinkable in USSR. After all these were desperate moves to save a tottering economy destroyed by the Sun.
As indicated above the first part (1982-85) proved very disastrous with the deaths of three consecutive heads of the nation and consecutive years of poor harvest damaging the economy due to the debilitated sun in the twelfth house as Lord of Leo having obstructing the Argala on the second house. The second house rules the food production. Debilitated Rahu and Venus indicate the food policies and fortunes of USSR in this matter and the Sun and Mercury in the twelfth house obstruct the Argala of Rahu & Venus in the second house. Both Argala and Obstruction are equally strong like the erstwhile USSR and USA. However, Mercury conjoins the Sun and is also aspected by Jupiter making the Sun-Mercury (Budha-Aditya yoga stronger). Besides, equal number of planets in the second and twelfth house causes Bandana (Bondage) Yoga. Thereafter in the second part (1985-88), the effect of Mars in Leo aspected by Mercury will cause trouble as the Marana Karaka story continues. Finally in the third part (1988-91), the result of Leo as tenth house prevails establishing new leadership.
The terrible Chernobyl nuclear disaster struck on 25 Apr 1986 in Leo-Aquarius-Taurus. Fire accidents are indicated by Mars and a malefic Jupiter[4]. Nuclear explosions are indicated by Rahu. Leo has Mars in it; Aquarius is ruled by Rahu that is debilitated in a Jupiterian sign in the twelfth house from the Moon; Taurus has Jupiter in it and is the seventh house from Lagna.
The Armenian earthquake of 7 Dec 1988 in Leo-Gemini-Aries. Malefic Mercury causes natural calamities (JS) and here, Mercury is the lord of Gemini the eighth house and is conjoined the debilitated sun in the twelfth house. Mars related to the earth determines the type of natural calamity. This indicates the sixth house Aries. When the dasa indicates doom, then all others only add to the theme. Mercury also indicates disputes and legal suits and there were umpteen disputes among the neighboring states comprising USSR.
In the last part of Leo Dasa (1988-91), there were Independence demonstrations in Baltic States, inter state /territory (like Nagorno-Karabakh) dispute and demands for Ukrainian independence. Various summits were held with the US at Malta etc, to dismantle the iron frame and nuclear arsenal. This was nothing but a gradual destruction of the ‘super power’ image (Arudha Lagna) of USSR symbolized by Aquarius. This was further shattered in Mar 1990 when Lithuania declared independence (Leo-Cancer). Some sort of an agreement is reached and on 23 Apr 1991 Gorbachev signed a preliminary (9+1) Union Treaty with nine republics that were willing to remain within USSR (Leo-Virgo-Capricorn). Both Virgo and Capricorn are in trines to the fifth Lord Jupiter and this peace effort was to help for the time being.
As such, Leo dasa was coming to an end and so was the Gorbachev era which coincided exactly with it. Thereafter on 12 June 1991 (Leo-Virgo-Pisces) Boris Yeltsin became the first democratically elected Russian President. Pisces is the second house from the Arudha Lagna (Aquarius) and was sure to give the final blow to the tottering USSR. This also indicate the effect of the times to come as Leo dasa which was coming to an end was to be followed by Pisces.
Once again in Gemini Pratyantar (8th house from Lagna and fifth from AL) there was an attempt to seize power in a kidnapping of Gorbachev (19-21 Aug 1991), but they had miscalculated the forces of time and Gorbachev was released. What followed was a complete breaking down of Communism when on 24 Aug 1991, Gorbachev resigned as head of Communist Party and Yeltsin closed Pravda[5] and disbanded the Communist Party. In all spects, USSR was dead and history on this date when the Sun transited the seventh house from the Mrityupada[6], but the final seal had to wait for the Pisces dasa.
With the advent of Pisces Narayana Dasa (1991-2001), the end of USSR had come as this is the second house from Arudha Lagna and its Lord Jupiter is placed in the seventh house in Taurus. Pisces symbolizes freedom of the soul and emancipation from all kinds of bondages including that of rebirth. Thus, it is fundamentally opposed to communism. Besides, the communist philosophy is essentially anti-God and Gorbachev the last head of USSR was the first President/ head of USSR to visit the Pope in a break from the standard communist values. Pisces is the sign of the Maharishi’s and would do everything to re-establish faith in the world. Is it a strange coincidence that Gorbachev announced his resignation and USSR ceased to exist on Christmas Day (Dec 25 1991)? In a way, Gorbachev turned out to be the God-sent man for Russia.

[1] Of course if the longevity indicated in the chart is small, then this is beneficial, else this is not recommended in mundane charts. In this case, the longevity indicated by the system of three pairs is given below:
1.        Lagna + Hora Lagna = Fixed (Scorpio) + Dual (Sagittarius) = Long Life
2.        Rasi    + Saturn = Movable (Cancer) + Movable (Cancer) = Long life
3.        Lagna Lord + 8th Lord (Jup) = Fixed (Leo)+ Fixed (Taurus) = Short Life
Thus, long life is primarily indicated which is reduced to Madhya Ayus (Middle life 36-72) due to the Vipareeta Ayus Yoga as the Atmakaraka is in the ninth house.
[2] Refer page 77 Marana Karaka under Judgment of results.
[3] In 1986, Gorbachev introduced the radical reform policies of perestroika (restructuring), demokratizatsiya (democratization) and glasnost (openness). Perestroika meant more profit motives, quality controls, and private ownership in agriculture, decentralization, and multi-candidate elections.
[4] Jaimini Sutra
[5] Official communist paper
[6] Refer Raths Rules in Crux of Vedic astrology; Sagar Publications 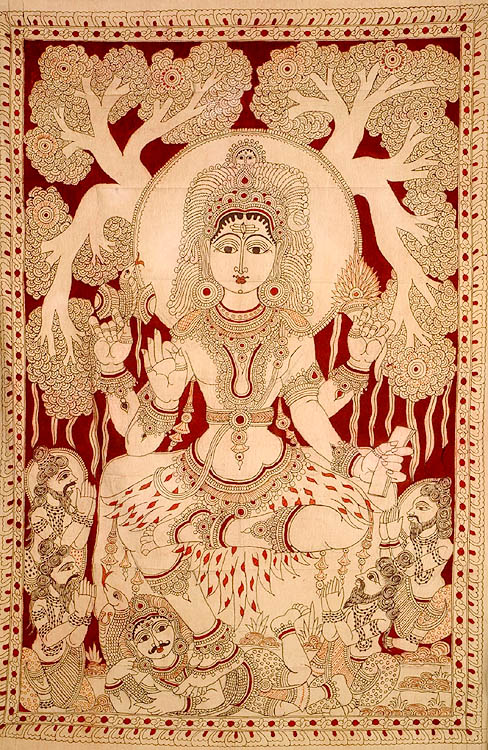 Guru Vandanā
A childhood habit that has always stood the test of time, is the Guru Vandana. This was learnt at a... 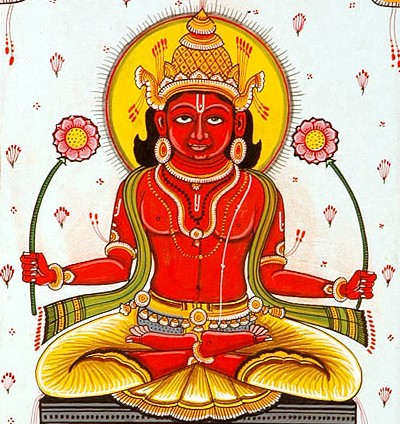