Sri Kŕśńa was teaching Yudhiśŧhira and narrated the discussion between Agnihotra Kauśika Muni and Mahaŕśi Garga (Bhaviśya Pūrāńa). Mahaŕśi Garga inquired “Brahma! How can any person be realized from such suffering like bondage, imprisonment, being tied down under adverse conditions, slavery or under attack/seige from enemies or wild animals and diseases. Unless the suffering person is relieved from these adverse circumstances or conditions how can he hope for emancipation from rebirth. Pray tell me the path to freedom.” Kauśika Muni replied, “Knowledge of death, disease and illness is known from the conception time, birth and janma nakśatra. If the disease starts from these nakśatra (ie. Conception or natal moon star) then the danger of death should not be ruled out. Based on the Moon at the moment of start of a disease, the period of suffering can be ordained.

Kauśika Muni continued that there are certain stars, which are violent and can indicate death. [Jyotinirbanda indicates that nakśatras 6, 9, 11, 15, 18, 20, 25 show premature death or long term effect/suffering due to disease.]. He suggested the worship of the nakśatra devatā as the remedy for cure. If the exact date/time of the star can be ascertained then the diety of the nakśatra should be propitiated.

This is the best solution. If propitiated and satisfied, then the graha (vimśotari) ruling the star shall indicate the exact period of cure. For example, worship Aświnī Kumar if the disease started in Aświnī, or Yama if the disease started in Bharańī. The mantra can be simple like yamadaivata: ‘yamāya svāhā’ or other mantras learnt from authoritative sources can be used [note: various nakśatra mantra can be learnt from Vedic Remedies in Astrology by this scribe]. If the nakśatra for start of the disease cannot be ascertained, then the deity of the janma nakśatra should be propitiated at all times. Remember that devas should be worshipped with ‘svāhā’ and pitŕs with ‘svadhā.’

Kauśika continued, “Muni! Lord Brahma has taught that if the sampuŧa is given with the Gayatri mantra 1000 times, then all diseases will be cured.” Sampuŧa are bījākśara prefixed to the gāyatri for various purposes.

Determining the start of disease

The method of determining the day (ruling star) at the time of the start of a disease is taught by HariHara.

a) The nakśatra prevailing at the beginning of a disease is known from the Praśna chart by counting as many nakshatra from it as it has gained from lagna nakśatra. Praśna Mārga 13-01

b) The longitude of Gulika is multiplied by 9 and 12. Expunge multples of 360º. The nakshatra(s) arrived at will indicate the commencement of disease. Praśna Mārga 13-02

Note 1: The text uses ‘Mandi’ and it is seen that Mandi and Gulika have been used interchangably by HariHara. Actually, these are different points in the zodiac. Mandi is the middle point of the Gulika kāla whereas Gulika is taken as the beginning of the kāla.
Table 2 : Gulika determination

Note 2: Of the two nakshatra arrived at, one using the ‘9’ as the muliplier shows ‘devadosha’ or wrath of deities and consequential diseases/suffering, while the one using ‘12’ as the muliplier shows the secret enemies. In both cases the disease should be serious enough to merit the use of this method as Gulika/Mandi indicate serious and life threatening poison like cancer, HIV, etc.

c) Praśna akśara: This is the first letter of the communication. The nakśatra can be determined from this first letter based on the hoda chakra (available in a good ephemeris where the phonemes of each nakśatra pāda are given) and Parāsara (BPHS).
1. If the disease commenced within the last 1 month, this would have commenced when the Moon transited this nakśatra.
2. If the disease commenced within a year, then the transit of the Sun in this nakśatra will indicate the start.
3. If even older than a year, then see transit of Jupiter/Saturn over this nakśatra to indicate the time.

Time of start
If there is a planet in the sixth house, consider it, else take the lord of the sixth house. The time when the planet is strong indicates the tentative time of the starting of the disease. Note that Sun, Jupiter and Venus are day strong while Moon, Mars and Saturn are night strong indicating the day/night time respectively. Mercury is strong in both the day and night and will indicate sandhya (junctions of the day).

The longitude of the 6th lord in the sign occupied by it indicates the extent and period of disease. The expired portion indicates the time already spent and the balance indicates the time left for complete cure. Note that we have already determined by prior methods the time when the disease started. This starting date to the date of Prasna is the period of suffering already seen and is mapped to the longitude already covered by the sixth lord. The balance, proportionately gives the days left for cure.
A rough indication is that if the sixth lord has already traversed half the sign, the worst is over (ie. Half the suffering period is already over).

The manifestation of a disease is different from its start. The disease often starts much before the first symptoms manifest. The number of months elapsed since manifestation of the disease is known by either method-
1. The number of signs counted from Ārudhha Lagna to sixth lord, or
2. The number of nakshatra from Prasna nakshatra to that of the 6th lord, or
3. The number obtained at (b) above is multplied by the number of navamśa gained by the 6th lord.
The date of manifestation would be when the Moon would have transited over the 6th lord (prasna) sign during the month of manifestation.
Natal Chart
1. Diseases begin when the lagna, Pāka lagna and/or Moon are transited by malefic planets and cure begins when these are transited by benefic planets. Complete cure comes when all these three signs have the association/aspect of transiting benefic planets.
2. If the disease started in signs preceding chandrāstama, then recovery begins after chandrāstama.
3. Moon (day), Sun (month), and Jupiter (year) transit of signs having the association/aspect of malefic planets indicates the beginning of disease and their transit of signs having the association/aspect of benefic planets indicates cure (beginning of recovery).
4. The aid of the deities associated with natal favorable planets over which the transit Jupiter/Sun/Moon gives the cure and this should be sought through mantra, etc. It must be noted that worship of the dusta grahas or their deities causing the disease shall not give the cure.
5. If the sickness began when the Moon transited over the 6th lord (of Prasna or natal chart) then the cure will come when Moon transits the 4th Lord (sign) in the Prasna or natal chart.
6. Starting nakśatra: Details of the effects of the starting nakśatra has already been explained earlier. In addition, Kŕittikā, Dhaniśŧhā, Bharańī, Śatabhiśa, coinciding with Sunday/ Tuesday/ Saturday and also coinciding with Chidra/Rikta Tithi gives death. In general commencement on aśŧami, pūrńa, rikta tithi and a malefic weekday can cause death.

Navatāra cakra [27 star chakra]
Moon in Trijanma nakśatra or vipat, pratyak or naidhana nakśatra can lead to long term disease and death. Normally this works well when the strongest influence in the third from Ārudhha lagna is that of a night strong planet. If otherwise, day strong planets are in the third, prefer the Śula chakra.

Understand that the nakshatra in which disease starts has animportant message to convey related to karma. If it is the janma or anujanma (conception also) nakshatra then it relates to longevity or sometimes the onset of genetic diseases. If it is karma nakshatra then major changes in work are to take place or if it a simple fever then, it can indicate that some evil at work is being overcome. The special nakshatra should also be studied in regard to the start of disease in this manner.

1 thought on “Nakśatras in Disease”

Animal Signs
Study of animal and birds as a method of deciphering omens is as ancient as the science of jyotiṣa called...
India Elections 2009
Predictions published on TV Of course the Congress Party is winning this elections as the Narayan dasha of Libra continues...
Introduction To Vāstu
The word Vaastu refers to a shelter, either for the self or deity. Vaastu Shastra means the science (shastra) of... 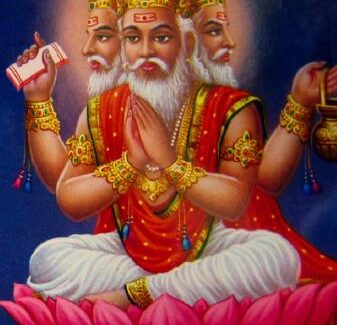