In the Bhagavat Gita, Kṛṣṇa reveals His universal form (Viśvarūpa) to Arjuna which was so formidable for the great hero to even behold. Therefore, before jumping to worship Viśvarūpa, we need to see the teachings in the Śrīmad Bhagavataṁ. Bear in mind that the Viṣṇu avatāra are sustainer of things based on their specific forms.

There are at least three parts to the Nārāyaṇa Kavacha. The three principal parts are the

Translation: Śrī Viśvarūpa teaches that when there is any sort of fear, then one must adorn the armour called Nārāyaṇa Kavacha. To do so, first cleanse the limbs and perform ācamana. Thereafter the mantra “oṁ namo nārāyaṇāya” is recited in the direct and reverse order while touching eight parts of the body from feet to head and back.

Let us do this in simple steps.
Step 1: First, wash hands and legs properly and wear some clean clothes.
Step 2: Recite the following ācamana prayer for cleansing yourself.

Step 3: Recite each of the syllables of the eight syllable Nārāyaṇa mantra while touching the eight body parts with your fingers. This is called sṛṣṭi nyāsa (creation process) – also known as utpatti nyāsa. What we are doing is energizing the eight vital junctions of the body to ensure proper flow of fluids and energy in the system. By this the body gets the power to heal itself and create new cells and repair parts.

Nyāsa is always done with nyāsa mantra which have to be extricated from the main mantra which is going to be recited. Śrī Viśvarūpa has advised that nyāsa has to be done on eight specific body parts with each of the syllables of the aṣṭākṣarī (eight syllable) Nārāyaṇa mantra. Each of these syllables is recited after ‘om’ and then the name of the body part is recited followed by nāmaḥ.

Step 4: Recite each of the syllables of the eight syllable Nārāyaṇa mantra in the reverse while touching the eight body parts in the reverse order, with your fingers. This is called saṁhāra nyāsa (dissolution process). What we are doing is energizing the eight vital junctions of the body to ensure proper removal of toxins and dead cells. By this the body gets the power to heal itself as the sins are removed.

Step 5: Recite the aṣṭākṣarī mantra ॐ नमो नारायणाय (om namo nārāyaṇāya) 108 times or multiples thereof to reinforce the kavacha and protect from all diseases and evils. 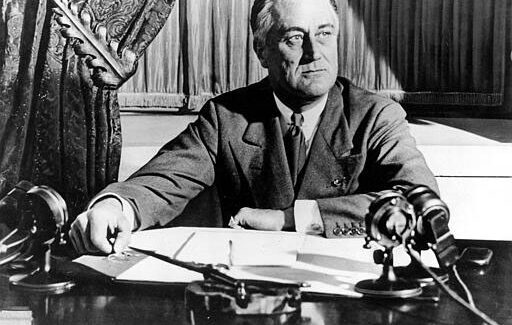 Franklin Delano Roosevelt
FDR fireside chat March 1933 Introduction: Franklin Delano Roosevelt (1882-1945) was the 32nd President of the United Sates of America....
Y.S.Rajasekhara Reddy
Don't count the years you want to live. Ask yourself how much you have done for society at large with...
Dasa avatāra Overview
Dasa avatāra or ten incarnations Any list of ten incarnations can be made from the lists of various avatāra of...