SOME writers have so confounded society with government, as to leave little or no distinction between them; whereas they are not only different, but have different origins. Society is produced by our wants, and government by wickedness; the former promotes our happiness positively by uniting our affections, the latter negatively by restraining our vices. The one encourages intercourse, the other creates distinctions. The first is a patron, the last a punisher.

Society in every state is a blessing, but government even in its best state is but a necessary evil; in its worst state an intolerable one; for when we suffer, or are exposed to the same miseries by a government, which we might expect in a country without government, our calamity is heightened by reflecting that we furnish the means by which we suffer. Government, like dress, is the badge of lost innocence; the palaces of kings are built on the ruins of the bowers of paradise. For were the impulses of conscience clear, uniform, and irresistibly obeyed, man would need no other lawgiver; but that not being the case, he finds it necessary to surrender up a part of his property to furnish means for the protection of the rest; and this he is induced to do by the same prudence which in every other case advises him out of two evils to choose the least. Wherefore, security being the true design and end of government, it unanswerably follows that whatever form thereof appears most likely to ensure it to us, with the least expence and greatest benefit, is preferable to all others. – Thomas Paine (1776)

Moon represents the mind of mankind and his wants which compel him to live in a society where the Sun represents the means by which such a society is ordered and controlled. This distinction makes the Moon a natural benefic while the Sun becomes a natural malefic. This distinction is best portrayed in the words of Thomas Paine (1776, reflecting on the state of America and particularly on the unfair and unjust ways of King George III)

It is evident then that the Sun ends up as the real exploiter of Mankind and provides the alternative to anarchy (Saturn). It’s sorching rays are welcome so long as it fulfills the security (Mars) need of society (Moon). Keeping this in view, it is evident then that once a human birth has occured, its joys and success in life are decided by the Moon, it society that nourishes, guides and provides everything that he needs.

Then the greatest punishment for any man would be the prospect of being banished from his Society, an event indicated by the anarchy planet Saturn. Society is always the Motherland (Moon) while Government is the Fatherland (Sun). Jupiter endears a person to his motherland and society while Venus makes him sincere towards his Fatherland and duties. The nodes are always sitting at the border – neither within nor without. The one who makes best of both worlds is Mercury, the trader who is respected in society for all the good works, donations and is loved by the Government for the tax.

Now it is easier to understand as to why the ancient Maharṣi have considered the Moon as a natural benefic and Sun as krūra bordering and tendening towards malefic karma. Rāhu is the significator of the Cabinet or the top government as it has just ‘ten thinking heads’ like Rāvaṇa and is the strongest ruler and protector of the sign it is placed in. In simpler words, governments are first protecting themselves before they protect anyone else. They look to their selfish interest first and their own well being is atop their heads. It is this insecurity which can take some very diabolical extremes as in some cases fascist governments have ended up destroying a large part of society in the name of cleansing or social equity. These two – Rāhu and Sun represent people in the topmost rungs of power and Mercury the top businessmen are vying for their favours. They cause society to be graded as –

Caste is different from class and is based on the profession rather than social strata of power and money.

The hard question a jyotiṣa student needs to ask himself is – am I content to be a brāhmaṇa? Am I going to be happy with a middle or lower class life in pursuit of knowledge? If the answer is NO and you want to be a top class elite of the society, then you will need to compromise on the strict brāhmaṇa values – values that make you an honest person, a good teacher, a respectable member of society. 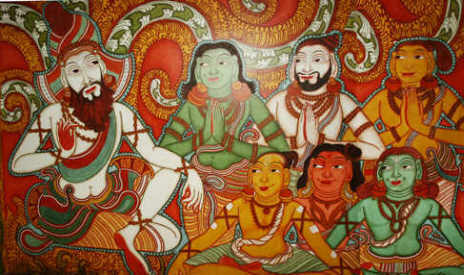 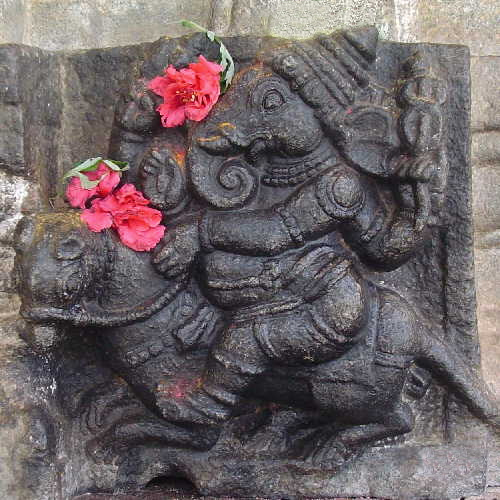 Various Ganesha Mantra
Various Bija Mantra for Ganesha. Note that the dhyana bija is the second syllable like गं (gaṁ) or गः (gaḥ)....