“Russia has launched an all-out invasion of Ukraine by land, air and sea, the biggest attack by one state against another in Europe since World War Two and confirmation of the worst fears of the West. The attacks began on Thursday at 6.00am Moscow time after Russian President Vladimir Putin said in a televised address that he had approved a special military operation. Previously Moscow recognised rebel-held territories in Luhansk and Donetsk and said they had asked for help.” 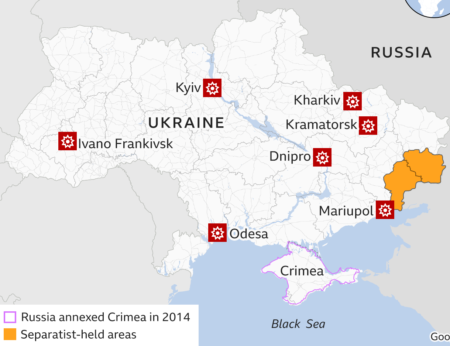 Russian missiles rained down on Ukrainian cities on Thursday. Ukraine reported columns of troops pouring across its borders into the eastern Chernihiv, Kharkiv and Luhansk regions, and landing by sea at the cities of Odessa and Mariupol in the south. Russian troops attacked Ukraine from Belarus in the north as well as Russia with Belarusian support, and an attack was also being launched from annexed Crimea. Explosions were heard before dawn in the Ukrainian capital Kyiv. Gunfire rattled out near the main airport and sirens blared across the city.

Ukrainian President Volodymyr Zelenskyy declared martial law had been and appealed to world leaders to impose all possible sanctions on Russia, including on Putin, who he said wanted to destroy the Ukrainian state. 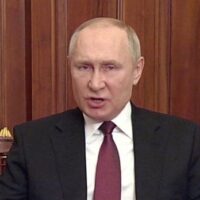 An angry President Putin justified the attack as “a special military operation” to protect people, including Russian citizens who had been subjected to “genocide” in Ukraine, an accusation the West has long described as absurd propaganda. “And for this we will strive for the demilitarisation and denazification of Ukraine,” Putin said. “Russia cannot feel safe, develop, and exist with a constant threat emanating from the territory of modern Ukraine.”

Warlike sign Sagittarius rises, which happens to be the lagna of Ukraine. A planetary battle between Atmakaraka Mars and Amatya Venus is the focus in lagna drawing world attention to this conflict between agni-tattva Mars and jala tattva-Venus. This threatens permanent divorce between these neighbors. Sagittarius is the Lagna of Ukraine and the 6th Lord Venus is going to indicate Russia. as pointed in previous article, the sixth bhava being Taurus shows family ties in adjoining regions as the major cause of the tensions.
In this graha yuddha between Mars (Ukraine forces) and Venus (Russian forces), the stars have declared Russia as the victor already. Exalted Rahu in the sixth house is a formidable foe for the Ukrainians to deal with and shows the high-tech weapons that the Russians possess. Rahu is also the lord of the tithi spelling out divorce in the sixth house. So be it, the emotional Russians have accepted it as fait accompli, but will not abandon their children in the eastern Ukraine. In this manner many divorces get messy, especially when family on either side starts making belligerent noises – and that’s exactly what happened here. Instead of assuaging emotions and talking, all they did was threaten! Now see the consequences of an absolute lack of wisdom.

Moon with Ketu shows a viparita rajayoga called Vimala yoga caused by a debilitated 8th lord (debts, bad karma) Moon and the cleanser agent 12th lord Ketu (war, meditation). This yoga is primarily meant to do some serious cleansing of karma that has been bothering the border region for many years now, which President Putin does not plan to leave for the next generation. Since the Moon is involved in this Vimala yoga, it is clear that in the end of it all, the accusations of the western powers will not outweigh the justifications of the Russians. That is the soul searching that everyone has to do – truth is painful sometimes.

Moon shows the attacks from the North and NE region with Belarus (Ke) forces and this is going to be very damaging in the war. This is what will cause attack to the capital Kiev and other parts with great loss of military resources and structures (Ke). Moon in Mrtyu Bhaga shows the deaths on both sides – Cn (Ukraine) and Ta (Russia). Venus is near mrtyu bhaga showing that the Russians will make some seriously dangerous maneuvers that will pay off as they finish the war in a matter of days. 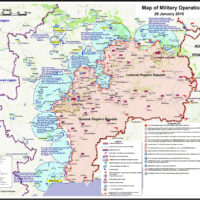 For Ukraine, the lagna lord Jupiter who also rules property and land (4H Pisces) is combust in the Sun and is in marana karaka sthana (MKS). The eastern lands of Donetsk and Luhansk will be lost as independent republics. All this will be done before Shivaratri on March 1, 2022. That is the real silver lining in this war as it is not going to get prolonged and make people miserable. 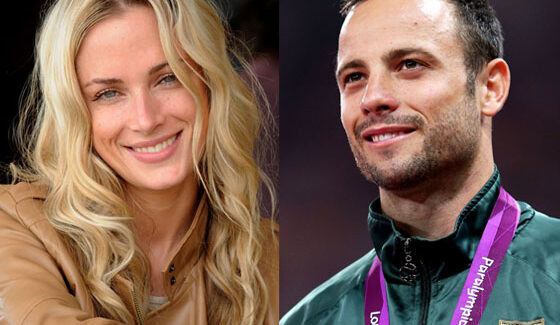