There are FOUR eclipses in 2014 (NASA Eclipse Web). Highlights of the eclipses are –

The first eclipse of the year is visible throughout the Western Hemisphere and that makes western astrologers very worried with Susan Miller predicting disaster throughout the month for the western nations at least.

People born in Chitrā nakṣatra, Virgo ascendant (either Lagna or Moon) benefit spiritually. You can check your Birth Nakṣatra from this link. You can check your Lagna and Moon from any Vedic astrologer. You should know this at least. How long will you live in ignorance?

This can imply a serious decision to get away from the troubles of the mundane world and move towards the high Himalayas which are symbolic of the heights of spiritual growth, and they are still growing.

If your lagna is in Virgo, this can imply a little turmoil in your personal life with your spouse suspecting your intentions. Best is to try to talk and explain yourself, but don’t do this on Tuesday. The eclipse is happening on a Tuesday and it will not work in your favour in mundane matters. If the navāṁśa lagna is Virgo, then it can spell bad things for spouse and some separative influences come into play.

I just checked my database and found a few thousand names … maybe we could compile a separate list of famous people touched by the lunar eclipse who will cry ‘Hari OM tat sat’.

Of my near and dear ones, we find my mother is definitely touched by this eclipse as it occurs on her ascendant. She has Virgo lagna both in rāśi and navāṁśa. It could be a trying moment in personal front especially given the fact that spouse has been ailing and is bedridden.

Worship Śrī Kṛṣṇa with a strong mantra for protection having the name ‘हरि’ (hari) in it which normally becomes ‘हरे’ (hare). Choose one of the following mantra for having a smooth spiritual transition.

Spouse or power running away

If you think your spouse is running away or is separating for whatever reason or if you are going to lose your power and position, it is desirable to pray to the great Hanuman to bring her back or bring back your kingdom. This is the form of Hanuman who jumped across the the Indian ocean from India to Śrī Lanka both (a) to find Sītā and reunite her with Śrī Rama and (b) bring back His kingdom. The powerful pañca mukha Hanuman mantra –
ॐ हरि मर्कटाय स्वाहा
om hari markaṭāya svāhā

Forms of Yama
Depending on the planet becoming the Yama graha, the deity Yama assumes one of the eight forms. Sun: Vaivasvata or...
Forgiveness Prayer
Instruction: This is to be recited 1 (one) times while bowing to Lord Śiva. [Bow to the Śiva Liñga.] करचरण... 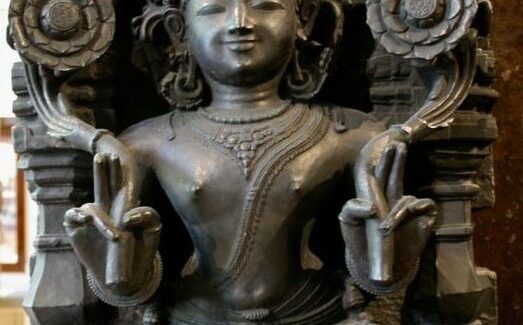 Meaning of word Jyotiṣa
by Pandit Sanjay Rath 5th May 2015 digitally brought to you by Наталья Федорова (Natalya Federova) [embed]https://www.youtube.com/watch?v=JitHbusfYcI[/embed] Jyotiṣa as a...