Rath wrote: Cities have tremendous satva guna to keep so many human beings together in such a small space but in the process the human beings tend to brush their rajas in a bad way thereby spoiling the beauty of the city.

Ramakrishna A [ramakrishna_blr@..]: With respect to your above mail I have few queries. Could you please clarify?
While it is true that cities pack a lot of people in a small space, they don’t care for each other in cities. For example, most of the people in big apartments don’t even know who their neighbor is. On the other hand, in villages people really come forward to help you (sometimes even to the extent of irritating for being intrusive) Is n’t this Sattva guna?

In a joint family people also lived in one building. If most people in a building do not talk to their neighbours then you can see how the *people* are – full of tamas and not wanting to even take the bare responsibility of being a nice neighbour. Is it the fault of the city or the fault of the people? The sthana devata of the city is bringing people together in huge buildings like living in a joint family and yet they end up ignoring each other. Satva dominates in the space, in the energy of the city or sthana devata to bring people together but tamas dominates those who are ignoring their neighbors.

Rath wrote: people in the developed countries are more capable of getting over rajas and hence they give up bad habits like smoking or drinking and such things and try to maintain a disciplened life while people in developing countries can win over tamas and the need to overpower others.

Ramakrishna A [ramakrishna_blr@..]:Are you saying that people in developed countries have overcome Tamas and now in the stage of overcoming Rajas ? With the kind of murders etc that take place in US, I’m not sure if they have overcome Tamas. Even for overcoming rajas – Pubs, night clubs etc don’t they all fall under Rajas?

*Are capable of overcoming* does not mean overcome, and the people referred to here are the one striving in the spiritual path. These are the ones who are trying to tilt the balance in favor of more good in society. Take a person in the US who wants to take to the spiritual path and start the hare rama krishna mantra. You will find that they easily give up the Pubs, night clubs etc but find it hard to overcome the compelling notion of superiority or some kind of control over other human beings or creatures. What I am referring to is the people who practise mantras and not all people in general.

I’ve one more question from one of the other mails, where you were mentioning that God will make you take birth in the land those you fight against. Do you think we all Indians fought with Indians at one time?

I am hundred percent sure about this. What do you think happened in 1947 and what do you think is happening even now? Pick up ANY history book and take a map of India (modern India) and try to see (1) who the great kings were, and (2) what is it that made them great. You will realize that they were BUTCHERS and their greatness was that they kept on fighting battles against their neighbours all the time. They hated their neighbours so much that they found it better to make friendship with a foreign Muslim king and conspire to kill their neighbour (Prithviraj Chauhan case)…See how much Ashoka loved Kalinga…how many examples do you want? 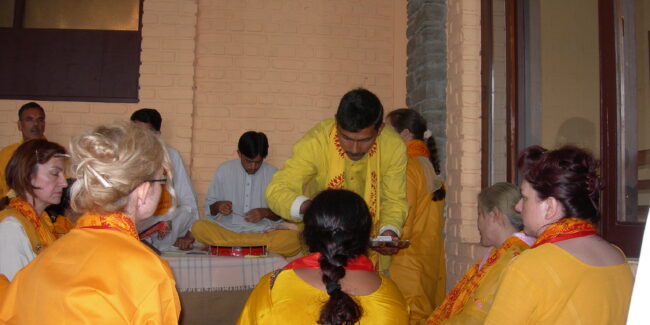 Gāyatrī Mantras
Gāyatrī is a chandas, a vedic meter, designed with 24 syllables (phonemes) and having three pada (feet) each having eight...
Sun and Moon in Life
[caption id="attachment_1011" align="alignleft" width="245" caption="Thomas Paine"][/caption] SOME writers have so confounded society with government, as to leave little or no...