The Next Chief Minister of Orissa 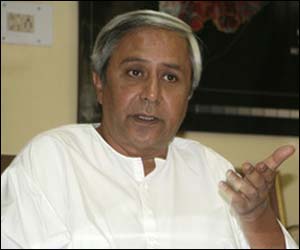 The horoscope of Shri Naveen Patnaik has Cancer Lagna with Saturn in it. This by itself, is one of the most powerful Rājayoga that can be present in any chart as “Saturn in Cancer or Jupiter in Pisces in the Throne can give a very powerful Rājayoga”. This combination was present in the chart of the Late Prime Minister Smt. Indira Gandhi and Adolf Hitler was responsible for their dramatic rise and wielding of power. The throne implies the first or tenth houses and if this is in Lagna, then the person shall be born in a family wielding Political power (Saturn in throne) or Religious/Financial power (Jupiter in throne). Naveen Patnaik is a worthy son of the illustrious Biju Patnaik (ex-Chief Minister of Orissa). However, the married life of such people with Saturn causing the Rājayoga will either be disturbed or absent. Indira Gandhi was separated from her spouse while Hitler married just before his death and here Naveen Patnaik is a bachelor.

The conjunction of the lords of the ninth and tenth houses results in another very powerful Rājayoga called the Dharma-Karmādhipati Yoga (DKY) and shows a person who will be playing a vital role in the re-establishment of Dharma (Truth and good social values) and will rule the land like a good statesman. Mercury is like a child and any planet it conjoins, it gives the results indicated by the planet while not giving its own. Thus, Mercury conjoining this Dharma-Karmādhipati Yoga will give its results. Further, the placement of the planets involved in the DKY show the area where this is to function. Since this Yoga is in the fourth house, it clearly indicates motherland or hometown and can translate to indicating the state of Orissa, India. Further, the planets conjoining the tenth lord Mars and aspecting the tenth house Aries will give the results DKY Rājayoga. These are Mercury and Jupiter.

A natural question arising is that the planets giving Rājayoga should be strong, at least in Navāṁśa to give Rājayoga and we find that Mercury and Jupiter are both in debility in the Navāṁśa. So, how were Rājayoga and its continuity being predicted?
For this we need to examine the Āruḍha Lagna [1], which is the seat of illusion (Maya Pīṭha) in contrast to Lagna that is the seat of truth (Satya). The standard text like Bṛhat Parāśara Horā Śāstra, Jaimini Sutras etc state that malefic planets in the third and sixth house from lagna give courage and consequential employment in the army and natural benefics placed in the third and sixth houses make a person cowardly. However, natural benefics placed in the third and sixth houses from āruḍha lagna do not make a person cowardly, but produce belief in ahimsa (i.e. the path of non-violence) and give rise to spiritualism and saints. A number of situations can arise by the placements of planets in the sixth house from āruḍha Lagna. These are as follows: –
(1) Single Planet in the Sixth House from AL
If a natural malefic is placed alone in the sixth house from AL, there shall be yoga during its period resulting in growth of lands, good crops and agriculture, physical prowess and success in battles. However, Parāśara adds that the nature will receive illegal gratification like black money etc. Thus, a natural malefic like Mars in the sixth house from āruḍha Lagna gives very good results in the material word. Similarly, a natural benefic in the sixth house from āruḍha lagna gives spiritualism, renunciation and practice of ahimsa.
(2) Two or more Planets in the Sixth House from AL
(2A) Only Benefic Planets in the Sixth House from AL: Two powerful benefic in the sixth house from AL. especially Jupiter, Mercury or Venus can cause powerful pravrājya yoga (renunciation) especially if they are very strong like being in exaltation in Rāśi/Navāṁśa.
(2B) Both Benefic and Malefic Planets in the Sixth House from AL: While only benefics in the sixth give Pravrājya yoga, malefics present deny the same and give success in battles. When both benefic and malefic planets are present, mixed influences prevail and the native is churned between the materialistic world and spiritualism. If the benefic planet is not only afflicted by a malefic, but is also weak by being in debility in Rāśi/Navāṁśa, a powerful viparīta rājayoga in generated.
In the Chart of Shri Naveen Patnaik the Sun is placed in the third house from Lagna making him gallant and brave. Simultaneously, the planets Mercury, Jupiter and Mars conjoin in the sixth house from āruḍha Lagna. Thus, rule 2B above applies. Both Mercury and Jupiter being natural benefics are not only afflicted by Mars, but are also very weak by being placed in debilitated Navāṁśa, thereby attaining the ability to give a powerful rājayoga. This is a sort of viparīta rājayoga as explained and with the death of his father during Saturn daśā Jupiter antardaśā, he was compelled to take up the leadership of the Janata Dal which fragmented to form the Biju Janata Dal (BJD). Allies are seen from the dārāpada (A7), which is in Libra with Jupiter and Mercury. Thus, with the support of the Lotus (Jupiter-BJP), he suddenly rose to became a cabinet minister is the Government of India.

The Horā Lagna (Seat of Wealth) is in Taurus with the āruḍha Lagna and has the Rasi Dristi (Permanent Sign sight) of Jupiter, Mars, Mercury and Saturn from movable signs. The ghāṭikā lagna (Seat of Power) has the conjunction of the Dharma-Karmādhipati Yoga (Mars & Jupiter) and Mercury. The varṇadā lagna is in the second house indicating a very high status and position. This position of the Varṇadā Lagna is a great asset for the chart as was present in the chart of Queen Victoria.

While Naveen Patnaik became a Cabinet Minister in Saturn daśā Jupiter antardaśā after the elections 1998, he continued to maintain and increase his lead thereby returning to power as the Cabinet Minister in the elections 1999 as predicted. The most beneficial Mercury daśā-Mercury antardaśā starts in March 2000 and he will surely become the next Chief Minister of Orissa. If the swearing-in time is well chosen, then his reign will see the increase of prosperity of Orissa as well as the flowering of its rich cultural heritage 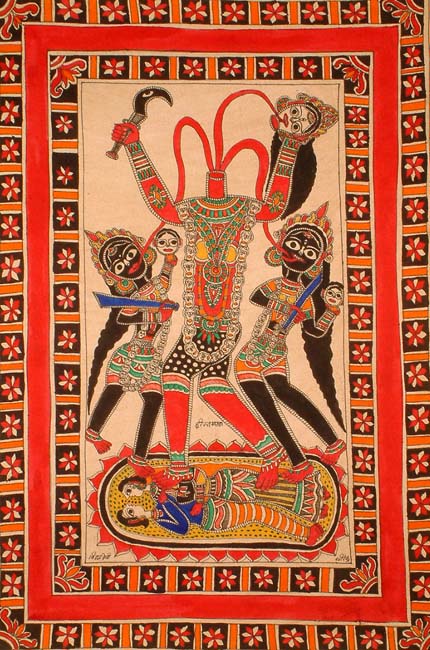