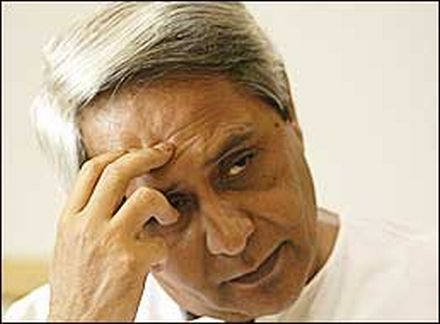 Recently a senior Lok Sabha MP from Orissa enquired about how long Naveen Patnaik would continue in power, and my reply was that his Mercury daśā is far from over and is responsible for his rājayoga. This daśā is for 17 years and started in 2000 AD bringing him to power in Orissa. Readers can refer to my old article ‘The next Chief Minister of Orissa’ – a prediction which conclusively proved the importance of the āruḍha lagna (image).

Later in the year 2004 during the SJC Puri Conference, we had predicted that Shri Naveen Patnaik would continue as the Chief Minister of Orissa inspite of every other newspaper or magazine predicting otherwise. This was also showin the local television. The result was for everyone to see and Shri Naveen Patnaik won the election for the second time in a row and governed the state from 2004-09. Take a look at the election results for the year 2000 and 2004 (only three major players are shown here. Rest are very marginal polling about 2% votes max).

In December 2008, just before the next state elections (16 & 23 Apr-2009 both Thursdays), we happened to attend an auspicious marriage occasion of a Cabinet Minister of Orissa and brought these facts to his notice while making a clear prediction that Naveen Patnaik would have a “windfall victory” in the 2009 elections. The reason was very obvious to see as the elections were going to be fought in Mars antardaśā and not Rāhu antardaśā. Had the elections been delayed, it could have proved troublesome.

Mars is the amātyakāraka and conjoins Mercury – Naveen Patnaik is also born on Tuesday (Mars) as it is placed in kendra in 4th house with Mercury and Jupiter thereby becoming the most powerful yogakāraka for the chart. This is happening in the 6th house from the āruḍha lagna making it a very powerful viparīta rājayoga at work. But notice, it is viparīta – you have to lose something to gain something else. In the dasāṁśa Mars is the lord of the 7th bhāva (marriage – partner i.e. the BJP) and is placed in the 8th house (divorce, separation). Just before the elections Naveen Patnaik announced that his party was parting ways with the BJP. This was the single most important Mars related decision required to activate the viparīta rājayoga in full force. Where everyone was predicting that this time he would lose, he actually outdid himself with the most astounding victory. 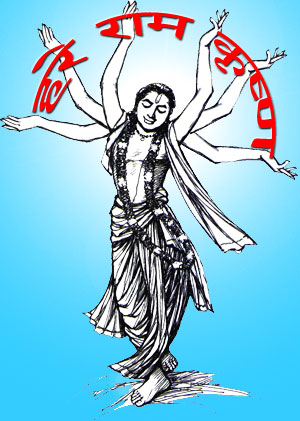 Pañca Sakhā
The five Mahāpuruṣa of Orissa are the initiators of the lineages. Our lineage of Vedic astrology comes from the holy...
India
[caption id="attachment_264" align="alignright" width="150" caption="भारत bhārata"][/caption] Article published in 1997 in the Times of Astrology. Readers will appreciate the accurate...